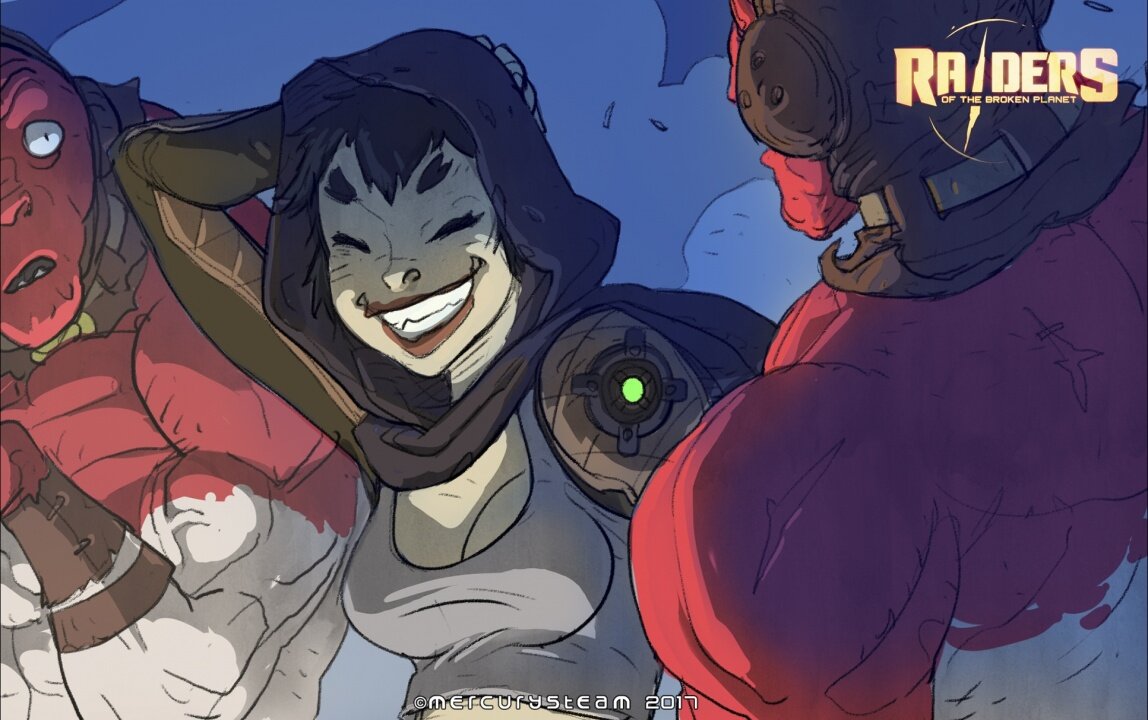 We have two solid weeks of gaming behind us since we released Raiders of the Broken Planet on September 22, and we would like to thank you all for your time playing the game, sharing content on Social Media, and contacting us to ask questions and leave your feedback on how to make Raiders an even better experience. This is your game now as much as it’s ours!

Mikah, our favorite two-woman army is now available for all Raiders of the Broken Planet Alien Myths campaign owners. Mikah’s holographic powers are a really powerful addition to the Raiders’ ranks, but beware: for that very same reason she can become a fearsome Antagonist were she selected by the Uras-Beherit’s followers.

If you want to learn a few tricks about how to be more effective in your games selecting Mikah as your character, you’ll love our latest Devshout video, where Roberto Texeira (@Dukio), QA Tester at MercurySteam, reveals some wicked tactics for our favourite stowaway.

Some of you might have noticed that the game was updated this week. It was a minor patch, including some general bug fixing and the inclusion of new Character and Faction Cards to further tool up your Raiders.

Remember that you can leave your feedback about the game, or report any bugs you might find, in our forum.

See you on the Broken Planet, Raiders.