Dr. Kuzmann is now available for all Raiders of the Broken Planet Founders Pack owners. 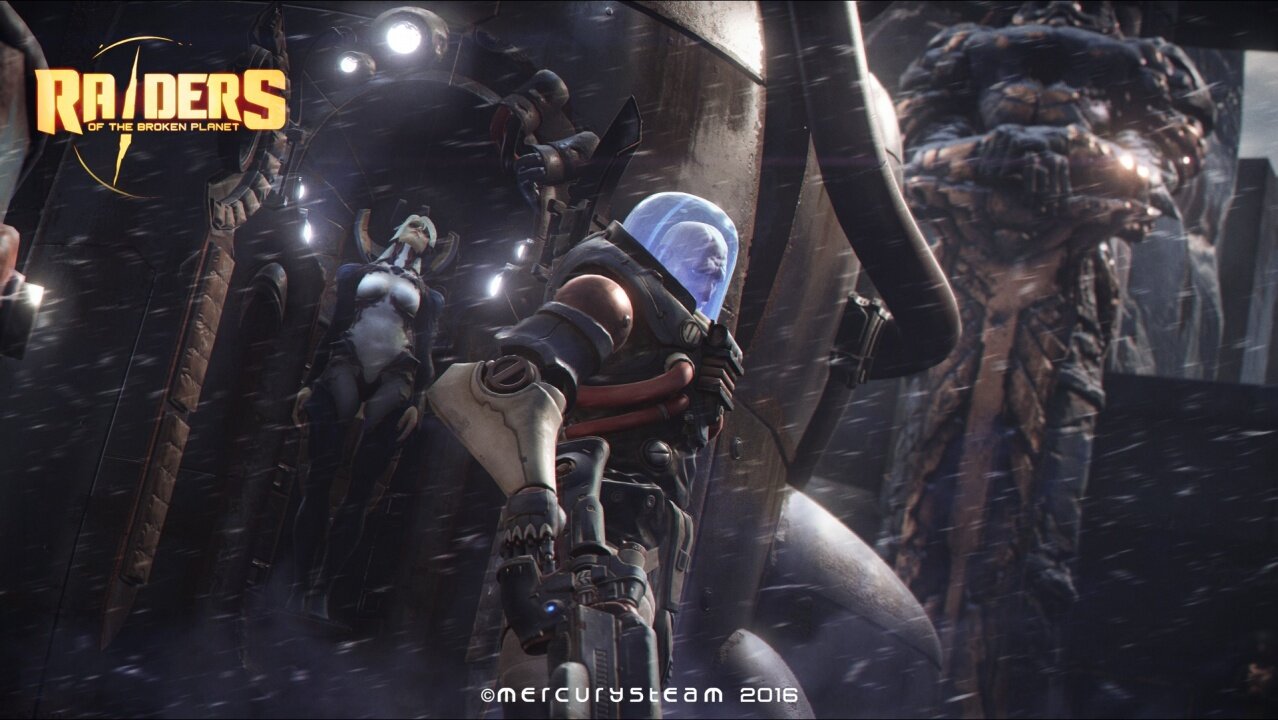 It might have come as a surprise to some of you to have found yourself fighting side by side with Dr. Kuzmann in your Raiders’ squads. Armed with his Licht Speer AA-1 Lightning Rifle and devastating Shock ability, Alien Myths players have already experienced how deadly Dr. Kuzmann can be when fighting against him. Now players can indulge their maniacal tendencies fighting as or with him. Of course, Antagonist players can look forward to causing a whole load of havoc with the Doctor, too.

Once upon a time Dr. Kuzmann was a genius, a brilliant mind and an impressive scientist. Now, little remains of that promising geneticist, and a demented, lunatic, deranged person has taken his place. Long story short, he’s a fucking madman. Dr. Kuzmann is the epitome of the Fifth Council’s scientific division. His limited sanity is focused on torturing and experimenting on his enemies in the most twisted, unimaginable ways.

Our Cinematics Team has put together a great new video (even if we say so ourselves) explaining a little more about Raiders of the Broken Planet’s lore, gameplay mechanics and tactics. Not to mention we are showing a couple of new maps and a new character!

Remember that you can leave your feedback about the game in this forum thread. We gather all the information you guys provide and take it directly to the devs, so please keep it coming as it helps us improving the game!

See you on the Broken Planet, Raiders.