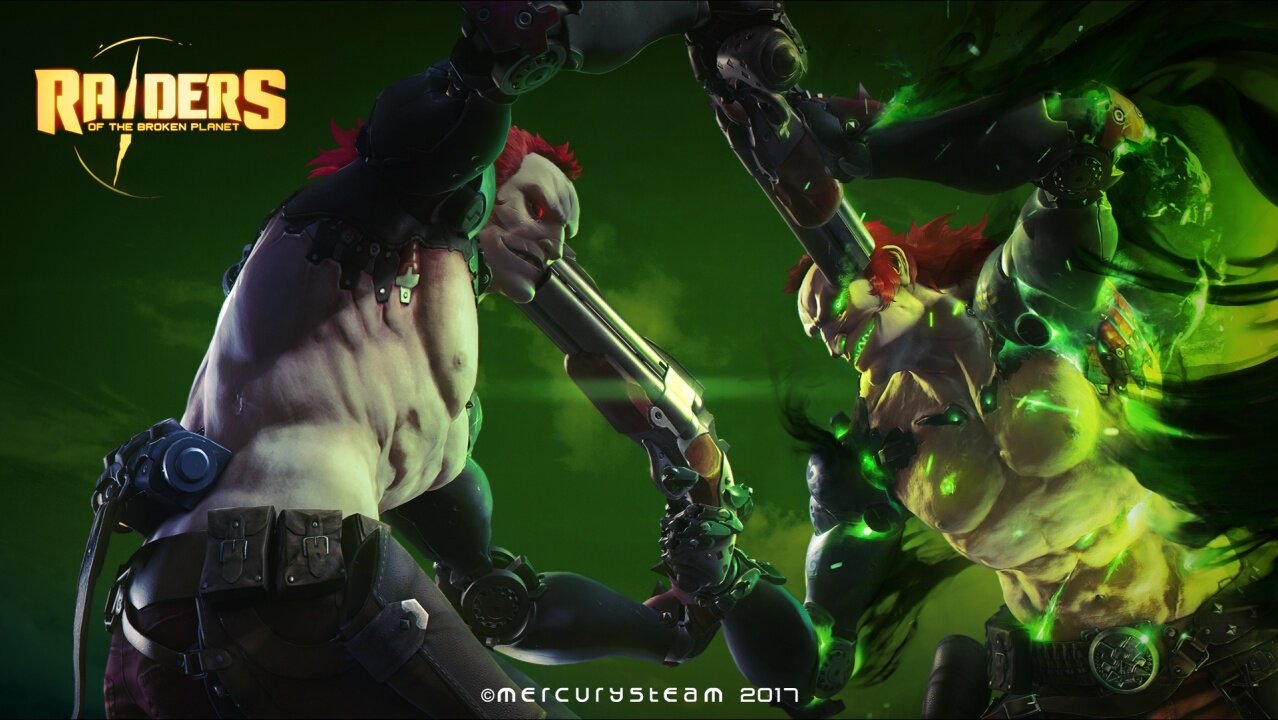 MercurySteam have just announced that their upcoming third-person shooter-brawler, Raiders of the Broken Planet, will go into open beta for two days, before launching on September 22nd on PC, PS4 and Xbox One. The open beta will take place next week, on September 15th and 16th, allowing players on Xbox One, PlayStation 4 and PC to download the game and play two missions - First Round and Hanging by a Thread.

First Round is a tutorial mission focusing on Harec, the leader of the Raiders, and acts as the intro mission for the game. It is the only mission playable only in single-player. Hanging by a Thread is a daring mission for the Raiders as they infiltrate an enemy airship to rescue the unhinged warrior of legend - Lycus Dion - in an attempt to recruit him to the team. Like every other mission in Raiders of the Broken Planet, it can be played in single or multiplayer, including the innovative 4 v 1 Antagonist mod.

These two missions form the Prologue which will be be free to download at launch. The Prologue will be accompanied by the first campaign - Alien Myths, which can be purchased for €9.99/$9.99/£9.99.