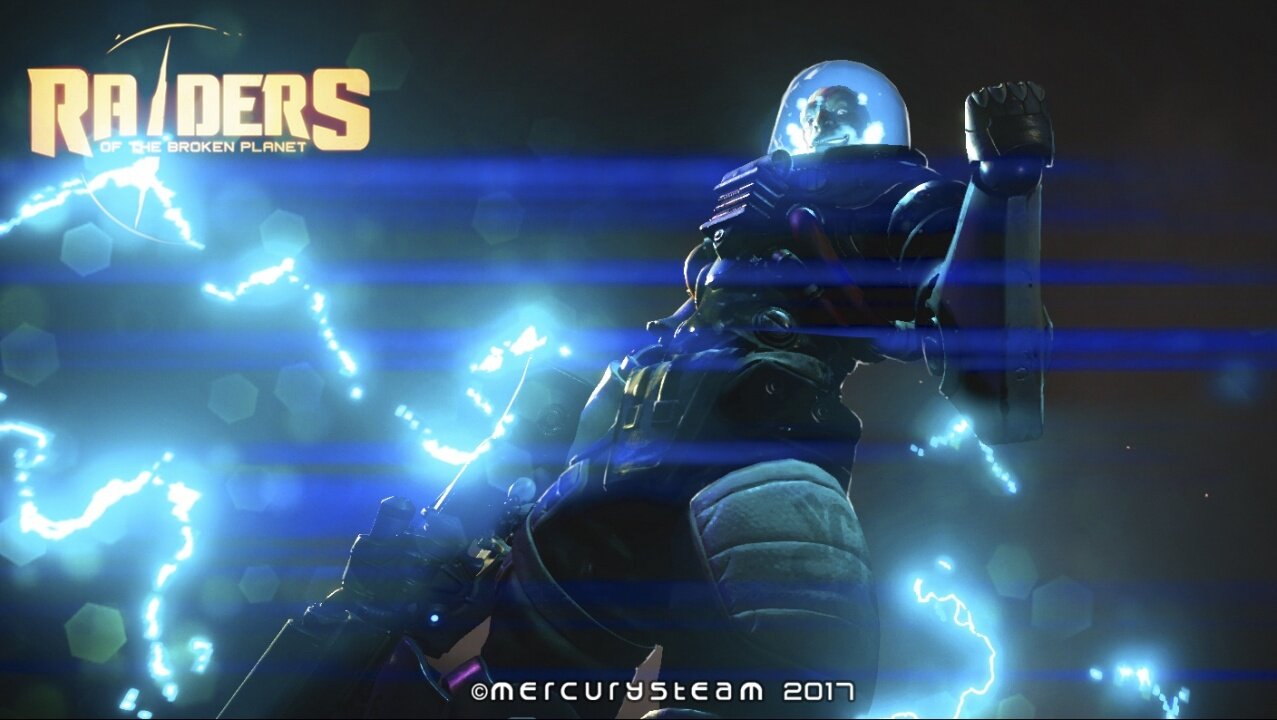 Once upon a time Dr. Kuzmann was a genius, a brilliant mind and an impressive scientist. Now, little remains of that promising geneticist, and a demented, lunatic, deranged person has taken his place. Long story short, he’s a fucking madman. Dr. Kuzmann is the epitome of the Fifth Council’s scientific division. His limited sanity is focused on torturing and experimenting on his enemies in the most twisted, unimaginable ways. Armed with his Licht Speer AA-1 Lightning Rifle and devastating Shock ability, Alien Myths players have already experienced how deadly Dr. Kuzmann can be when fighting against him. Now players can indulge their maniacal tendencies fighting as or with him. Of course, Antagonist players can look forward to causing a whole load of havoc with the Doctor, too.

MercurySteam are pleased to release a new character for Raiders of the Broken Planet Founders Pack owners. Dr. Kuzmann, the demented villain who captured Shae in the Alien Myths campaign, is now joining the ranks of playable characters. All Founders Pack owners will be able to use Dr. Kuzmann from today, while those who have purchased the single available campaign, Alien Myths, will get access to him on October 19th. To celebrate, MercurySteam are sharing an awesome new trailer and Dr Kuzmann art now and will release a brand new #DevShouts video focusing on the deranged doctor on October 19th, highlighting their favourite strategies for this unique character.